Debt has become a mainstay of American culture. In fact, it may even seem a right of passage from getting your first credit card to student loan, car loan, home loan and/or business loan or some combination of thereof. You may also have acquired personal loans on your journey.

Unfortunately, paying off debt is not as easy and swift as getting the loan in the first place. Here are five examples from five different individuals from all over the country who found a way to pay off their existing debt, gain a firm financial footing and in some cases, entirely rebuild their lives!

Whether you are looking to pay off student loans or credit card debt or a personal loan, you can achieve your goal if you are willing to follow this simple formula: Spend less than you earn and direct any money that you can spare, towards paying off your remaining balance.

It can take a while and it will require patience and some sacrifice. But through the process, you will learn a lot more about yourself, your needs and what you can and cannot live with. You will learn what’s essential and what you can save money on such as books, household goods, clothing, electronics and other items.

Keeping a tally of your progress and a visual reminder is also important. It can be a huge motivator too as you can see what you owe and your progress as you pay it off! When you feel like giving up or just unhappy with your lack of entertainment or other luxury options you had before you started sacrificing, pull out your visual reminder to help you stick to your plan and motivate yourself.

People with incomes of $30,000 or less have been able to pay off as much as $28,000 in college debt in three years! All it takes is a plan and discipline.

Learning from these five real stories may inspire and help you to achieve your goal faster.

Automation – Web Developer, CA: A thirty-year-old web developer paid off $40,000 in student loans in just two years by automating his payments and making sure they were pulled out of his paycheck before he could spend the balance. This helped him avoid late fees and also develop good credit as his payments were consistently on time. As he got used to the schedule, he increased the monthly payment amount to accelerate clearing out his remaining balance. Well done!

Self-control and avoiding lifestyle inflation – Finance Manager, CA: Even if you manage someone else’s finances for a living, you can get yours out of whack if you are not careful. For this finance manager, the first big debt involved paying off a large car loan. When he completed it, he thought about upgrading to a better model at first, but then gave up on the idea. He decided to not succumb to lifestyle inflation even though he earned more money. Instead, he chose to tackle the next big sum that he owed – his college loans that were over $30,000. He put the same amount of money that he had paid on his car loan along with this monthly student loan payments, and was able to knock out all of his student loans earlier this year. Satisfied with his progress, the manager decided to keep going and to maintain his goal of spending less than his means. He took the same amount of cash and now applied it to paying off his mortgage with the same approach and turning over the extra cash he had into retirement savings. Win-win!

Extra Job for Extra Cash – Restaurant and Retail Employee, IN: After accumulating debt from a health and wellness course she enjoyed, a young restaurant and retail employee halted her plans to move to a ski resort area and chose to wisely stay at home to pay off her debt first. She got a second job at a retail store and began knocking out her balance. With dedication, in just four months, she paid off her debt and was able to start saving for a car. She decided to buy a car first and put aside more savings before she moves later this year. Good planning!

Weekly Budget Planning – stay at home mom, GA: A young forty-year-old stay at home mom with three kids, decided to pay off the joint credit card and car loans that she and her husband shared that totaled over $80,000 through careful planning and weekly meeting. Impressively, the pair paid off the whole amount in five years just off the husband’s single salary. The couple stayed on track with weekly meetings, which they found helped their marriage and to face both their fears and hopes simultaneously. Every month, the couple updated their budgets so that they could pay off their debt and build an emergency fund. After the couple achieved their goal, they decided to keep their meetings and focus on a new goal – saving for a down payment for a new home. Good communication and good planning!

Finances like a business – blogger, OR: A blogger who owed over $35,000 in consumer debt for things that were beyond his means, decided to pay it all off in three years by adopting a new mindset – seeing his finances like part of his business. Businesses have to be profitable and the blogger accepted that he had to generate more money than he spent. Immediately, he looked for ways to cut his expenses and to increase his income. He sold off unwanted and unused possessions and launched an IT business for new income. He also cut down expenses by dining out less, growing a vegetable garden to cut down monthly grocery expenses and visited the library instead of buying as many books as he used to. He also refinanced his mortgage. The blogger achieved his goal even faster than his timeline of three years and then decided to keep saving the same amount he had paid per month towards his debt. Invest in the business of you! 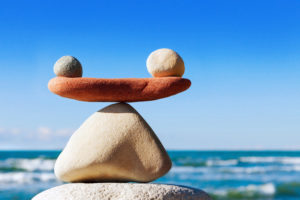 Rebalancing is when one adjusts the weightings of a portfolio as investment values change to maintain the original asset allocation. Rebalancing can present an opportunity to sell high and buy low, taking the gains from high-performing investments and reinvesting them in areas that have not yet capitalized on potential growth. 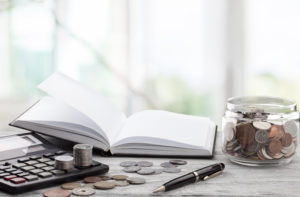 Where should you keep your Emergency Funds

Where should you keep your Emergency Funds? Do you have an emergency fund set aside? This blog dives into 3 options to keep in mind so that your funds are there when you need them most.

Podcasts from the Pros: A market update from Capital Wealth Planning

At Naples Wealth Planning we try to bring our clients and advisors top insight from all around the industry.  We bring in the industry experts who are able to give us their insights into what is happening in the current market environment.  Stay tuned as we bring these insights directly to your inbox. In today’s Money Manager Corner we welcome our guest Kevin Simpson, the President and Chief Investment Officer of Capital Wealth Planning.

Get access to our helpful retirement kit which includes several guides that address topics you should consider when planning your retirement.

Where should you keep your Emergency Funds

Podcasts from the Pros: A market update from Capital Wealth Planning

Financial Planning in Your 20s? Time’s on Your Side